This year's FRC challenge is Breakaway, which is played on a 27'x54' field, containing two bumps. Each bump has a tower and a tunnel in the middle. On each end of the field are two vision targets, assisting in scoring during the autonomous period. In the game, alliances of three teams compete on each end of the field.

The objective of Breakaway is to utilize robots to score into your team's goal. The game piece this year is a standard soccer ball, which must be kicked or rolled into the goal. Robots may be equipped with cameras to track the goal location with the vision target. 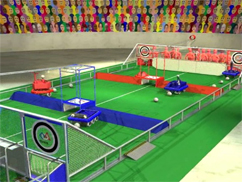 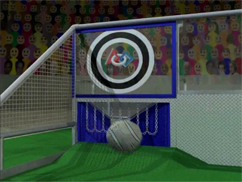 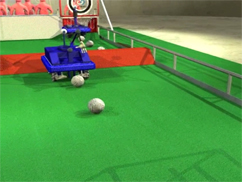 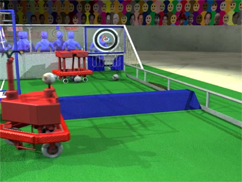 In the teleoperated period, the alliances will be able to control their robot from behind the walls at the end of the field. The players may then try to score goals from anywhere on the field. 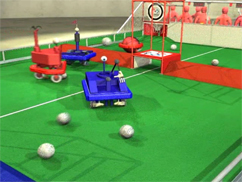 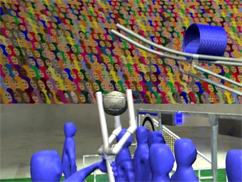 Robots may defend their goals or navigate the field. In order to cross from one zone to the other, robots must either drive through the tunnel or over the bumps. Note that driving over the bumps may lead to a flipped robot.

When a goal has been scored, human players will collect the ball and pass it to another human player at the center of the alliance station. That player will then use a trident to place the ball on a ramp to put it back in play.

Toward the end of the match, robots congregate at their tower and bonus points are awarded if a robot stops on the platform above the tunnel or if a robot uses an arm to elevate itself. Additional bonus points will be given if another robot hangs itself from another elevated robot. 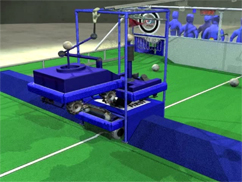 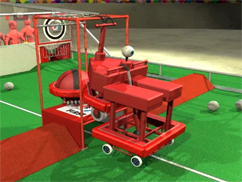