This year's FRC challenge is Rebound Rumble, which is played on a 27'x54' field. On each end of the field are four baskets, set in a diamond shape, on which alliances of three teams each shoot or place game pieces to score points. In the center of the field is a small barrier and three bridges which are used to cross the field and score bonus points.

The objective of Rebound Rumble is to shoot basketballs through four hoops positioned in a diamond shape at your end of the field. These foam balls have a circumference of 25 inches and may be shot at close or far range. A 4" x 6" barrier divided the middle of the field with three bridges going across it. 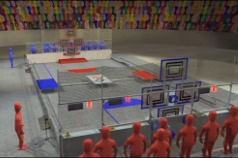 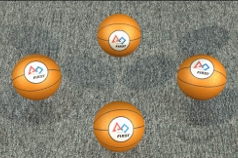 During the autonomous period, robots are given a maximus of two balls each and must shoot them through the hoops. Robots may use the reflective backboard to line up properly for shots. The robot may also be preprogrammed with movements to score from a variety of positions. Each basket made here receives three extra points. 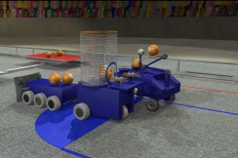 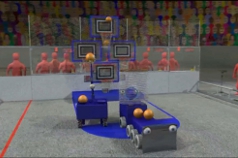 During the teleop period, human players control robots to pick up the ball from their stations at the opposite end of the field. The robots must then shoot the balls through the hoops from anywhere on the field. Of the four hoops, one is high (98 in.), two are in the middle (61 in.) and one is low (28 in.) off the ground. The higher the basket, the more points are earned. 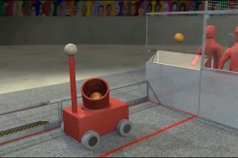 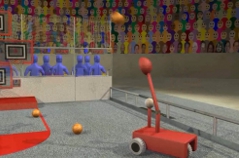 Each robot may only have three balls at a time, or the alliance will be penalized. Although opposing robots may attempt to block robots, the alliance key, bridge or lane are safe zones where robots cannot be touched by the opposing alliance. 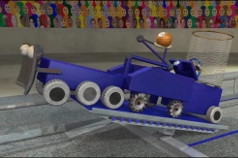 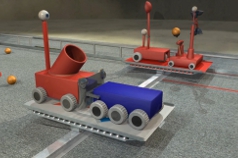 One, two or three robots may attempt to balance on any given bridge. Balancing three robots only earns extra points during the elimination matches.

Take a look at this year's game video for more information on the game!